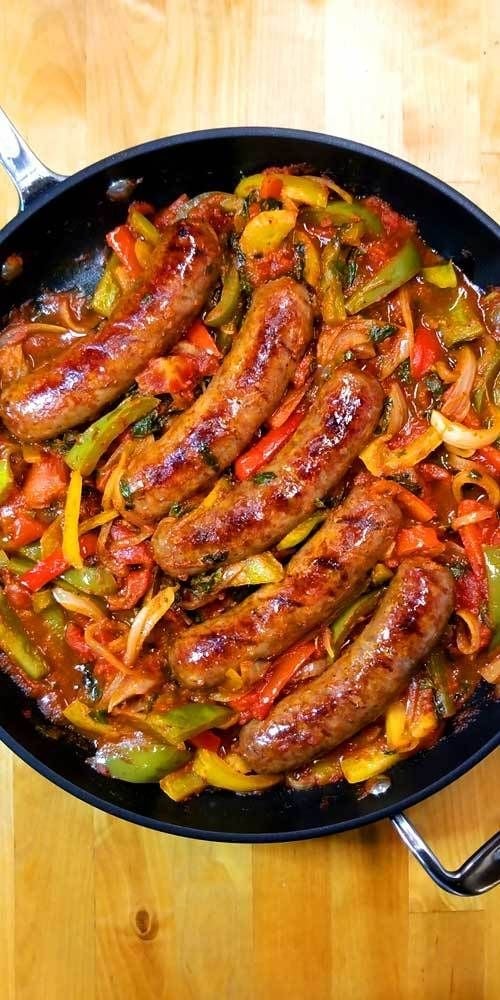 Place a cast-iron skillet on medium heat and add the vegetable oil.

Sear the sausages in the skillet until well browned on all sides, approximately 5 minutes.
SECOND STEP:

Remove the browned sausages from the pan and set aside.

To the same skillet add the sliced onions, cook for 5 minutes to soften.
THIRD STEP:

Then add the bell peppers and garlic, cook for 3 minutes.

Stir the chopped tomatoes and Italian seasoning into the skillet and bring to a simmer, reduce the heat to low and season the sauce.
FOURTH STEP:

Add the browned sausages back to the skillet and simmer for 20 minutes until the sauce has thickened and the sausages have cooked through.

Serve two sausages per portion alongside the bell peppers, onions and a generous spoonful of sauce.

Find and share everyday cooking inspiration on vatansohbet.org , Discover recipes, cooks, videos, and how-to based on the food you love and the friends you follow.
Contact us: contact@dalilealmosafer.com